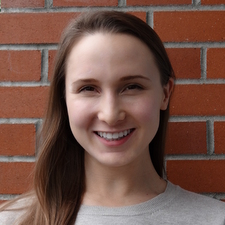 Dr. Kate Piotrowski follows in the footsteps of her mother and our founder, Dr. Schnarr, in joining us at Pacific Eye Doctors. She was born in Maple Ridge and grew up in the Fraser Valley. She completed her Bachelor of Science at the University of British Columbia (UBC) with a major in biology in 2013 and her Doctorate of Optometry at the Southern California College of Optometry in 2018. Some of her favourite memories in Orange County include making connections with her patients from underserved populations.

During her rotations, she had the privilege of living with and providing care for the Navajo Nation in New Mexico (Dzilth-Na-O-Dith-Hle and Shiprock), served at the Veteran Affairs in Salt Lake City, and worked alongside top experts in private practice in Lake Tahoe, California as well as surgical observations in Reno, Nevada. Dr. Piotrowski also earned a spot in the honours society of Beta Sigma Kappa during her education in southern California.

Dr. Piotrowski, or “Dr. Kate” as many of her patients call her, continues to be involved in her provincial associations and colleges by volunteering as a facilitator with the College of Optometrists of BC, maintains a seat on the committee of membership and recruitment for BC Doctors of Optometry, and is also a member of the Canadian Association of Optometrists.

When she's not in the office, Dr. Piotrowski is often at the yoga studio, out in the mountains, or debating what the future holds for healthcare with advances in technology. Her favourite pastimes include gardening and admiring other people's dogs. Her new favourite memories that she’s been making here in the heart of Maple Ridge include the privilege of taking on the care of patients that had previously been cared for by Dr. Schnarr for the past 35 years.